London, the city is the capital of the United Kingdom. It is among the oldest of the world’s great cities. By far Britain’s largest metropolis, it is also the country’s economic, transportation, and cultural centre and its world-class tourist attractions are popular across the globe. The Greater London area is bursting with attractions for visitors of all ages. With historic gardens and historic buildings, London also has more museums, cinema screens, and music halls. London's 33 boroughs, including the City of London, are spread over an area of 1572 square kilometres.

The river Thames runs through the heart of London, from Richmond in the west, through the central London borough of Westminster, to Greenwich in the east. London river cruises and river buses are a great way to see the city.

About one-third of London is devoted to parks and open spaces, so there are plenty of places to relax on fine days.

London is incredibly well-connected, with five international airports and the high-speed Eurostar rail link. More than 50 countries are within a three-hour flight time and 310 international destinations have direct links to London.

London is the centre of the world – and a world in one city, with a wealth of different cultures and communities across the capital.  It has more than 300 languages and cuisine from over 70 countries. While English is the official language, several European languages are very widely spoken in and around London. Given the size of the large multicultural population, many other languages are also used in everyday life.

London's fantastic transport system, with its Tube, red buses and black taxis, will enable you to get around the city quickly and easily.

London's history stretches back over thousands of years, and the city boasts four World Heritage Sites: the Palace of Westminster and Westminster Abbey, the Tower of London, Maritime Greenwich and the Royal Botanic Gardens, Kew.

There are more than 6,000 restaurants in London so you'll never be short of new places to eat. London boasts 55 Michelin Star restaurants and many celebrity chefs are based here, and there are plenty of good, cheaper options too.

According to the Globe Shopper City Index, London is Europe's best shopping destination. Whether you head to the West End, Westfield London or a quirky London market, there's a huge range of places to buy gifts, fashion and food.

The United Kingdom has an extremely variable temperate maritime climate and is subject to rainfall and frequent weather changes. Temperatures range from 0 degrees (Celsius) in winter to a high of 32 degrees in summer. July is normally the warmest month in England. 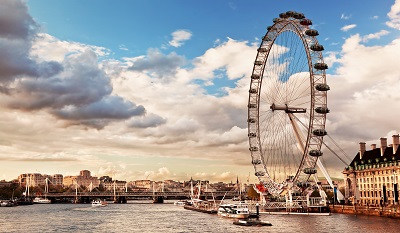 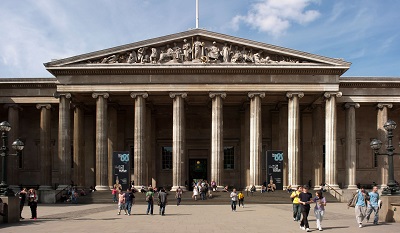 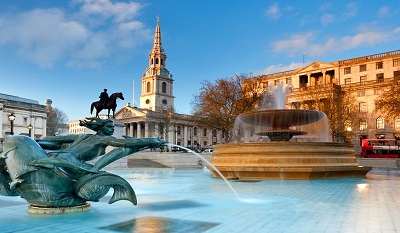